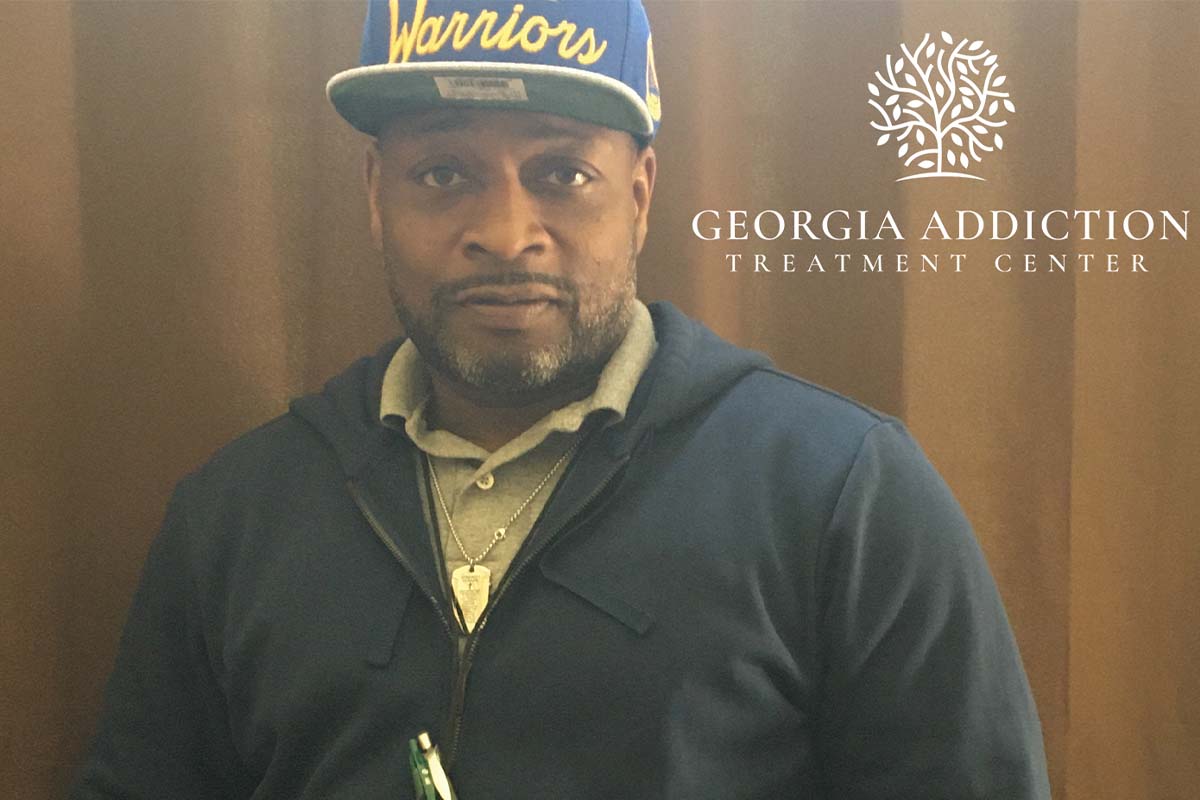 Johnny Mitchell might not be new to Georgia, but over the past year he has been leading a new life there.  Originally from Oakland, California, Mitchell started using and selling drugs before he was a teenager.  “I’m a product of the 1990s,” Mitchell said. “By 1990 I was 13 and that’s when I started selling crack.” At age 17 Mitchell began his long battle with using heroin. Now 43, he has been clean since April of 2019.   In 2009, Mitchell moved from Ohio to Georgia to marry his high school girlfriend. Although he had an Associate’s Degree and a Barber’s license, he enrolled at Georgia State University and finished his Bachelor’s degree in Business Management. He graduated in 2013.  Before leaving Ohio, Mitchell was released from prison. At that point he had given up heroin, but kept drinking. Despite this, he found gainful employment with a Bed, Bath and Beyond in Georgia, where he worked his way up to a department manager position.  He and his then-wife had one child and were planning for another. All the while she was splitting time between Georgia and Florida for work, and they were building a new house for their family to live in.  “There was a lot of mental and emotional strain going on at that time,” Mitchell said. “I just looked in the mirror and said, ‘I’m gonna get high today.’” After hiding his addiction for several months, Mitchell entered treatment for the first time in 2015. Although he made it through one week of detox and 21 days of treatment, Mitchell said he wasn’t working hard on his recovery once the program finished.  “I went to treatment and did the 28-day track and I thought I was good,” he said. “‘I’m clean, I’m not dope sick, I’m good.’” Eighty-three days after leaving treatment, Mitchell relapsed, spending some time using before eventually going to treatment again. This time he finished the 28-day program and stayed longer for aftercare. By this time Mitchell and his wife had split up. Still, he managed to put together almost three years of clean time and started dating another woman who was in recovery.  But he couldn’t quite get it to stick this time either.  “I went through the steps twice, took some people through the steps,” he said. “I did all that, but I didn’t fully surrender.” Mitchell began investing in business opportunities like a barber shop and a security business, despite the fact that his sponsor, sponsee, brothers and girlfriend urged him not to. From September 2018 until April 2019 Mitchell was using, until one day, after planning to harm one of his co-workers, he said a voice told him to walk away.  He called his now-ex-girlfriend to ask her for help. She knew Georgia Addiction Treatment Center Executive Director Jesse Stone from being in recovery.  “She called me back and asked if I was willing to do seven days in detox at Atlanta Detox Center, and I said yes,” Mitchell said. “I took an Uber to ADC and talked to my sponsor and he told me to keep him posted. When I went into ADC, I said a small prayer and thought, ‘I’m not gonna be the same guy coming out of here’”. Partway through his detox, the staff at ADC asked if he would be willing to go to GATC for their Partial Hospitalization Program. On June 18 he made the move.  “I surrendered to the process. I attended all groups and meetings.” Mitchell said the quality of care he received at ADC and GATC was vastly different from the care he received at his past treatment facilities.  “The people at ADC were very, very welcoming,” he said. “There wasn’t a second when I believed that they didn’t care. They didn’t say things like, ‘Kicking Heroin’s not gonna kill you, go to group!’” After completing the program, Mitchell proposed the idea of facilitating a peer-led support group for the newer clients at GATC. Clinical Director Debbie Ray gave him the go-ahead to lead two groups each Wednesday. After the groups proved to be successful, Mitchel recalls Jesse Stone telling him, “We like what you do here, we’re in no rush to get you out.” More than keeping him around, Mitchell received a phone call one day from then-Lead Behavioral Health Technician Mack Cook, who asked him to come to the facility. Initially, Mitchell thought he might be in some sort of trouble, but knew deep down that he was clean and hadn’t done anything he could be in trouble for.  “Mack and [GATC Director of Operations] Andy [Widota] asked me if I’d be interested in coming aboard and being a BHT,” he said. Although he wanted to jump at the opportunity, he took a moment to call his sponsor. “Me and my sponsorship family always talk to each other before making big decisions,” he said. “But my sponsor said ‘If they want to keep you around, do it!” Mitchell is an example of the notion in 12-step recovery that “No matter how far down the scale we have gone, we can see how our experience can benefit others.”  The knowledge that was eagerly given to him from his time at ADC and GATC is now his to offer new clients. Mitchell’s gratitude for his current situation is palpable. He thinks about his sister who was tragically murdered while she was living in a halfway house.  “She doesn’t get to have this opportunity because she’s dead now. It helps drive me,” he said. “This is an opportunity; this is a blessing. Today I do appreciate my clean time.”